Immersion in the "Bajocasse" medieval heritage 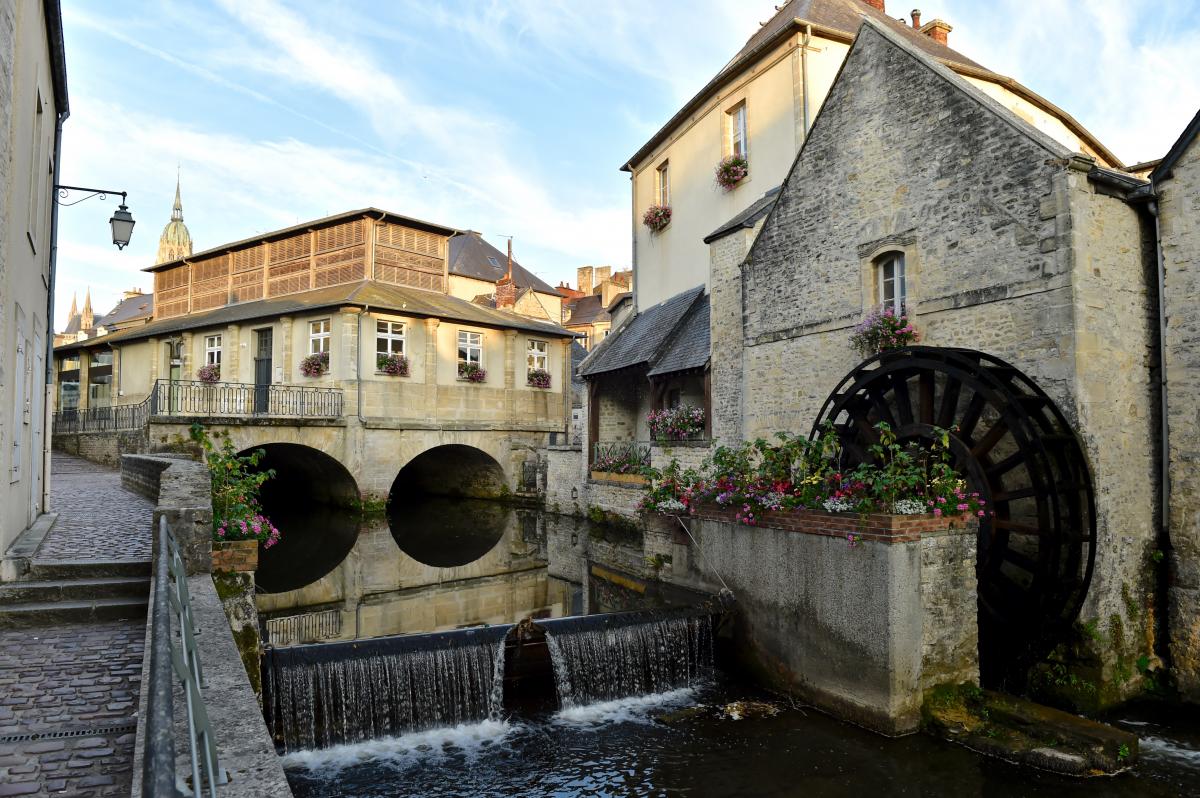 From an illustrious battlefield to perpetuated traditions, a one-day epic that takes you back a thousand years.

With the map of the Old Bayeux tour in your hands, you set off along the cobblestones of the city of Bayeux towards the first museum on the tour, and not the least!

Push open the door of the Tapestry Museum... Here you are at the side of William the Conqueror on the battlefield at Hastings, on that famous 14th October 1066. As you listen to the audio commentary describing his conquest of England, the thousand-year-old Romanesque masterpiece unfolds before your eyes.

Continue the immersion as soon as you leave the premises with an intimate experience at Chantal James'. A master craftsman, Chantal will introduce you to the Bayeux stitch, an ancestral embroidery technique used for the Bayeux Tapestry.

The epic journey continues towards the setting of the Tapestry until the Revolution: Notre-Dame de Bayeux Cathedral, dedicated in 1077 in the presence of William and his wife Matilda. But before entering, let's take a break! The Cathedral district and its restaurants will take you back to the medieval era and will delight your taste buds with traditional and local cuisine.

Invigorated by this lunch, it's time to enter the Cathedral, a true witness to the splendours of Romanesque and Gothic art of past centuries. Take time to descend into the famous crypt of the building, an 11th century treasure trove of enigmatic paintings.

Continue your journey through Old Bayeux, then stop off at the second museum on the itinerary, the MAHB, a restored former episcopal palace. In the heart of this patchwork of ancient and modern archietcture, observe the lower room of the Romanesque period near the recumbents of the Lord of Ryes (17th century) and his wife.

Finish the tour by passing through the most authentic street of the town, the "Rue des cuisiniers", and then the "Grande rue". Here you can enjoy a hot drink and the famous local pastry, the Saint-Ève, in one of the oldest shops in Bayeux: the tearoom La Reine Mathilde.

Look up around the Cathedral, 4 surprises await you: the new contemporary stained glass windows in the south transept which, depending on the light, offer a surprising spectacle, the presence of a pair of peregrine falcons in the heart of the bell tower, the watchman's house dating from the Hundred Years' War nestled on the north tower of the building and the medieval chimney overhanging the Assiette Normande restaurant. 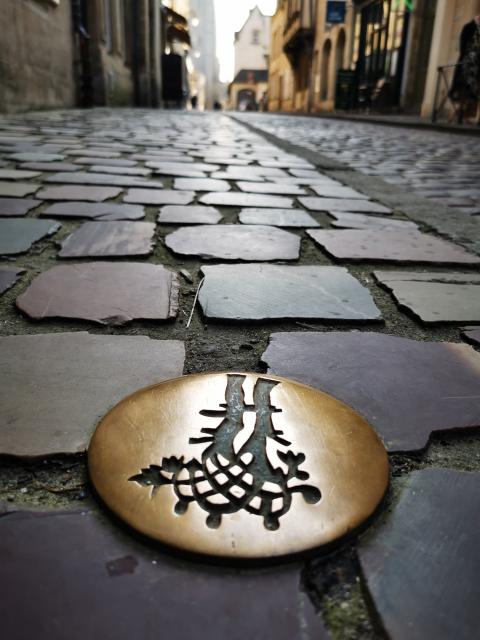 Take a leap forward a century to discover the Benedictine Abbey of Longues-sur-Mer and end the day with an exceptional testimony to Norman religious life in the Middle Ages. 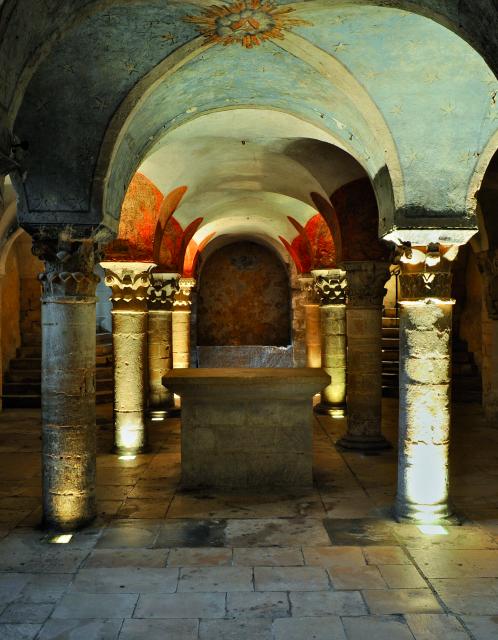