Gold Beach : in the footsteps of liberators 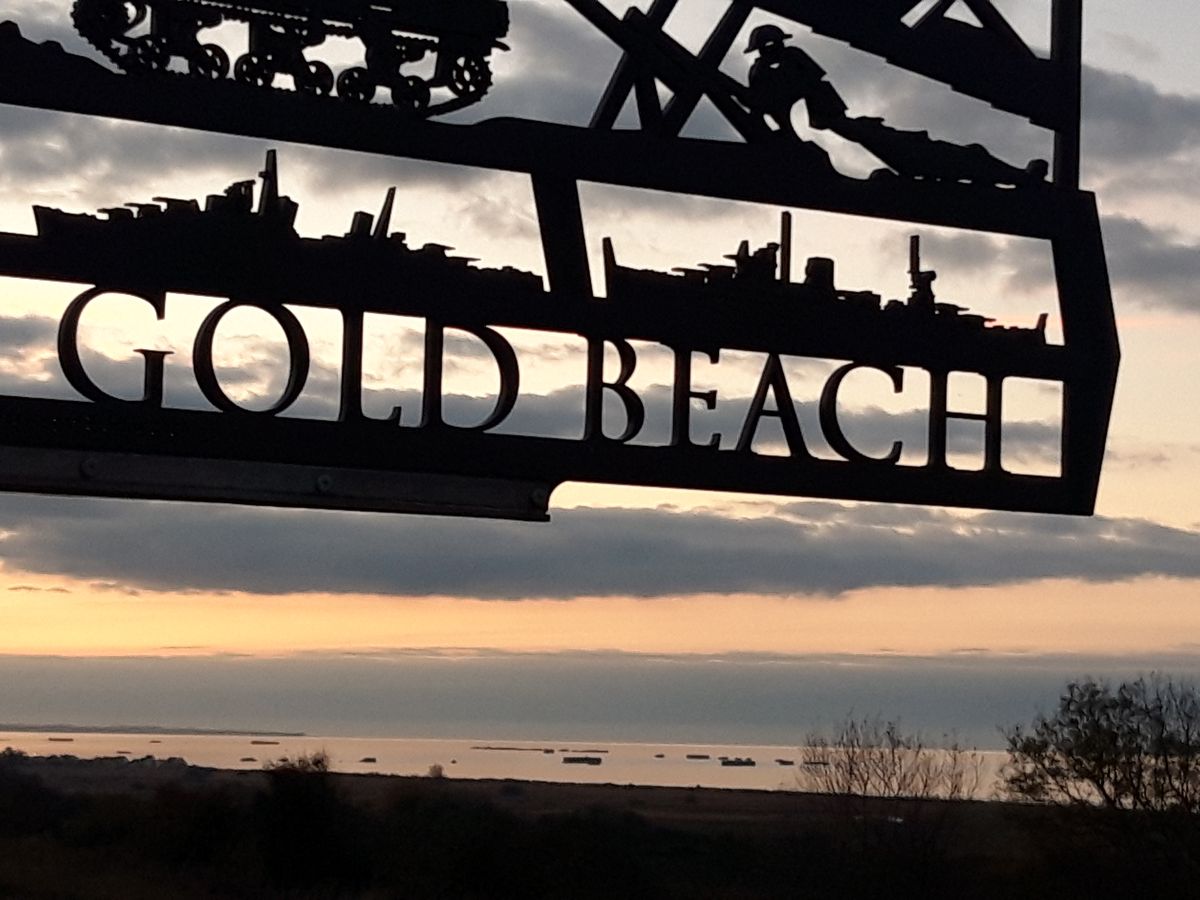 A day that can be summed up in one sentence, engraved in Latin on the pediment of the British memorial in Bayeux: "We, defeated by William, have liberated the victor's country".

An experience as a tour in the footsteps of the British soldiers who landed on the Normandy beaches. Close the door of your jeep, or imagine it slamming shut! Our journey begins in Bayeux, the first liberated town in mainland France. Head to Liberty Alley where the British military cemetery, the war reporters' memorial and the Battle of Normandy memorial museum are located side by side.

Then follow the famous "by-pass", a vestige of the D-Day at Bayeux and turn left towards the coast, more precisely Port-en-Bessin-Huppain and its oil port. You will no longer see any traces of this major achievement of the war, but the town's guide will tell you about its history and that of the liberation of the fishing port by the 47th Royal Commando. For that follow the guided tours organised during school holidays. Take a step up to the town's Memorial Garden via Rue du Phare to enjoy the breathtaking view of the Bessin cliffs!

The route continues eastwards. We stay in the British Gold sector with a stop at the German Battery at Longues-sur-Mer and its impressive remains. Yes, the one you see in the film The Longest Day! Time stands still for a short while and as you walk across this land once occupied by the German army, you can imagine the guns, still visible in the casemates, firing more than 20km offshore towards the British troops.

Take the D514 back to Arromanches-les-Bains, a real highlight of the Second World War. Here you will see the remains of the artificial port, the Mulberry B, built by the Allies in June 1944 in order to land the equipment needed by the troops in Normandy from England.

The footsteps of the British liberators finally lead us to the Normandy Memorial Trust in Ver-sur-Mer. Inaugurated on 6 June 2021, it pays tribute to the British soldiers and to the civilian victims of Normandy. The end of the day is a time to reflect and pay tribute to these soldiers after spending a day in their footsteps.

It's better to arrive at Arromanches at low tide. You can walk along the beach and get as close as possible to the Phoenix caissons that formed the artificial harbour of the D-Day... 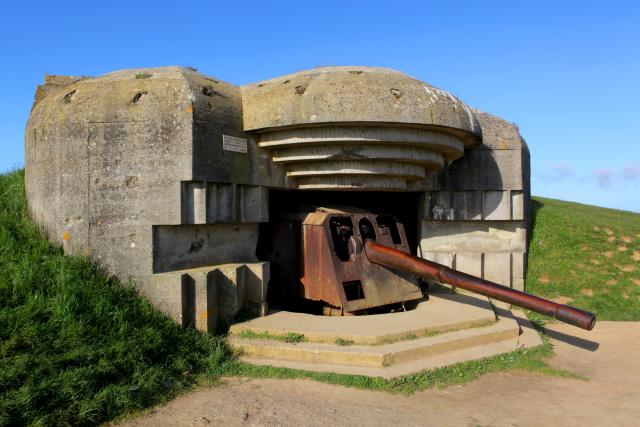 Between Port en Bessin and Longues sur Mer, plan a short diversion to the Bouffay cliff in Commes. A unique panorama on the Bay of Seine awaits you there. And maybe a flight of paragliders if you are lucky... 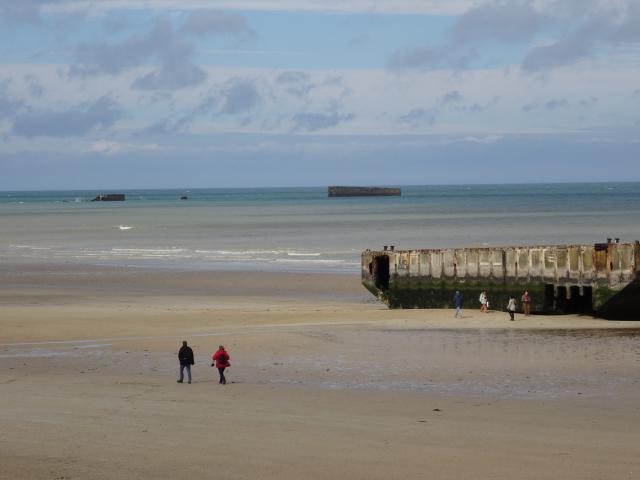